Over the last 3 months we have been building a new feature planter (roundabout) in the middle of the courtyard and it is now finished!

We were pleased that the rectangular gabion planters we built earlier in the year around the edge of the courtyard appear to have worked out; both in the way in which they look and the way in which they have introduced colour into what was otherwise a rather monochrome setting.  However, we felt that they added more straight lines to an area that already had more than enough of them.  We felt that one way to redress the balance was to build a new circular planter in the middle of the courtyard, a planter that will more likely than not now be referred to as 'the roundabout'.

As we couldn't find anything suitable ready-made we decided to design our own gabions using a bit of previously forgotten school trigonometry and placed an order for the gabion sheets and helical connectors we thought we needed.  On 24 July we started construction by bending the flat sheets to make the frame and within a few days we had the gabion framework complete.

It took 3 months to fill the 18 compartments of the gabion framework with stones, not least because we needed to hand-pick the stones for the outer face from the quarry at Alvie, but we finally finished it earlier today.

The work isn't finished, we now need to fill the planter with ~5 tonnes of soil and then plant it up next Spring! 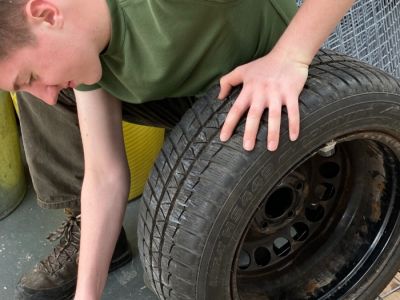 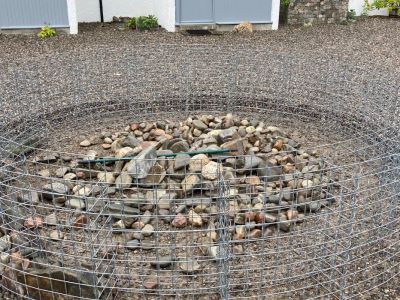 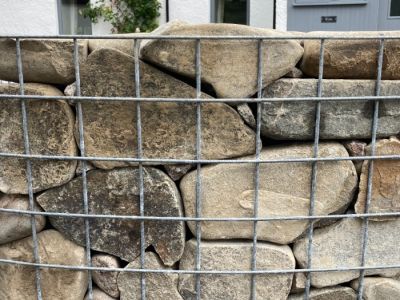 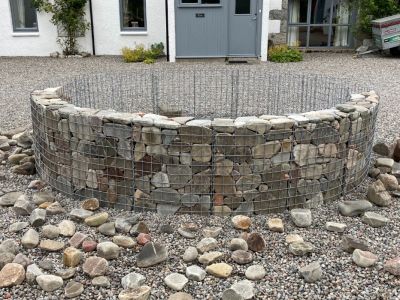 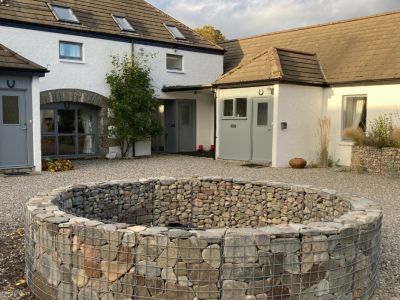